Enjoy all features for free

because all features of forms.app are included in the free package.

Google Forms and forms.app are both free and user friendly online form builders. However, Google Forms does not have some features such as Product Basket, Heat Map, Geo Location Restriction, Custom CSS, Friendly URL which are available in the free package of forms.app.

How can forms.app be free ?

forms.app uses the latest technologies to minimize the cost
and maximize the performance.

Get started for free 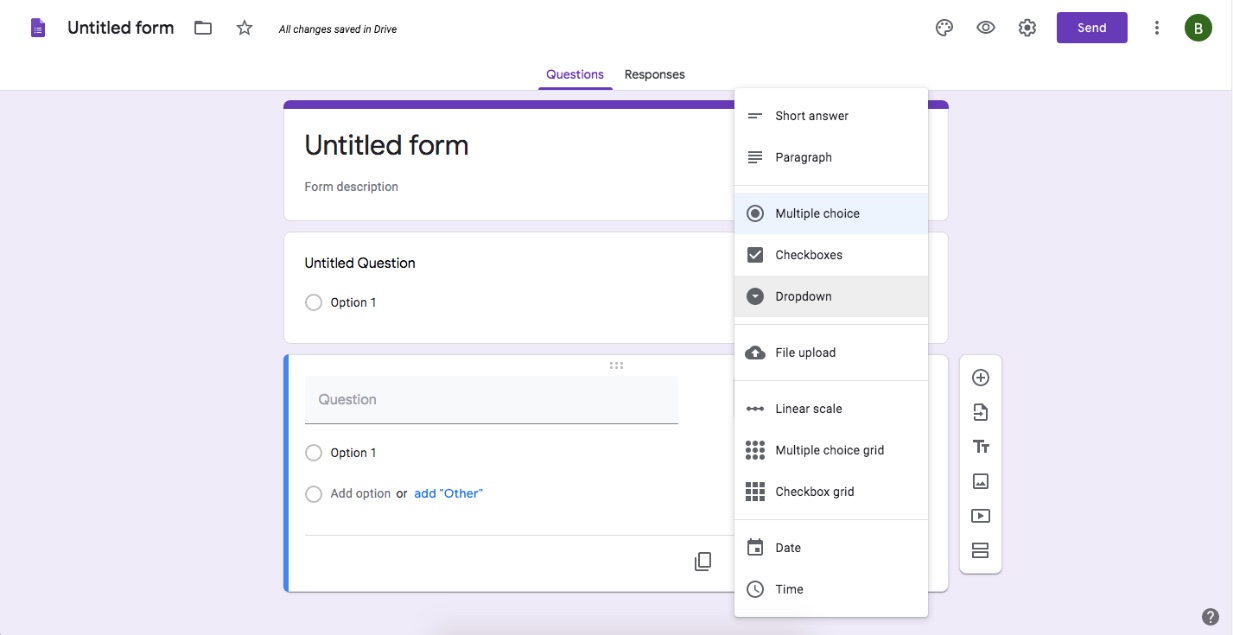 Google Forms has a user friendly interface. Unlike other online form builders Google Forms do not use sidebar to add new questions. 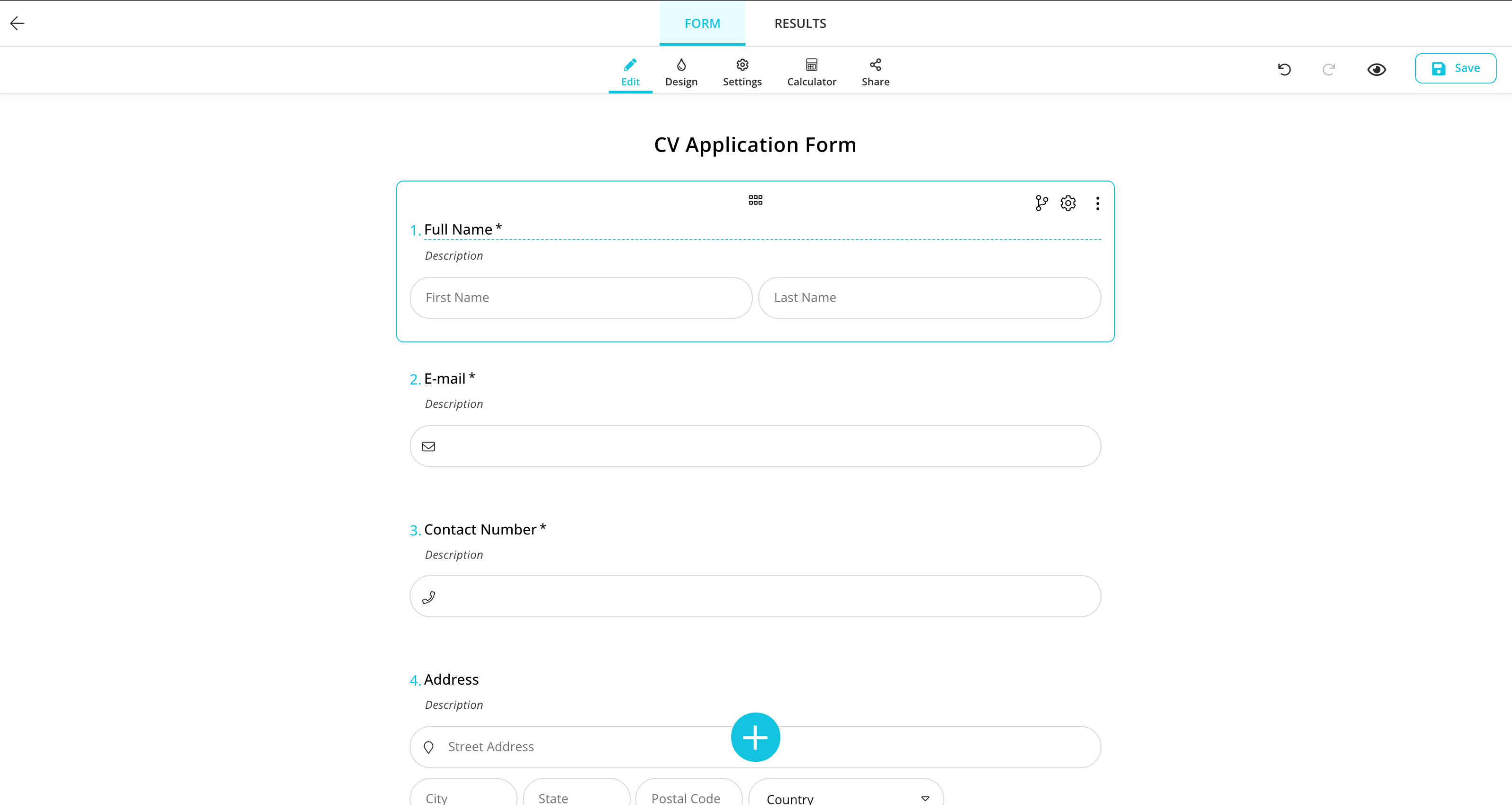 forms.app is a lot easier because it lets you see all the advanced features in a few clicks.

Both forms.app and Google Forms let you create and share forms with your mobile phone as well as desktop. 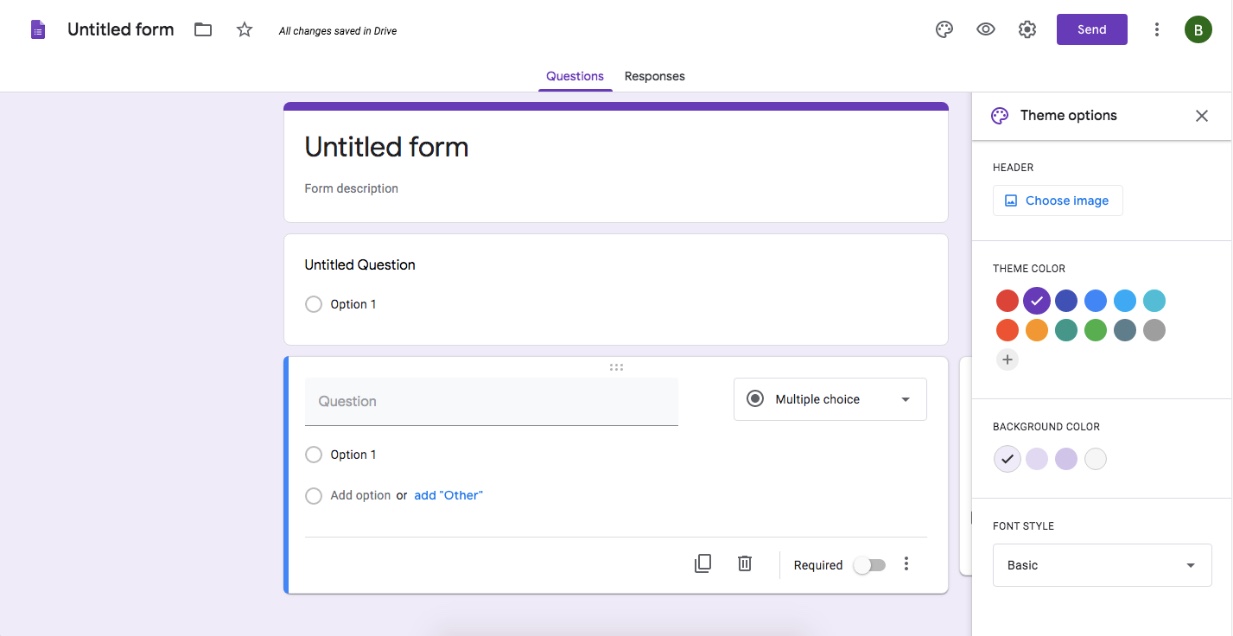 Customization of Google Forms is very limited. You can only change background color, theme main color, header image and select from a few fonts. 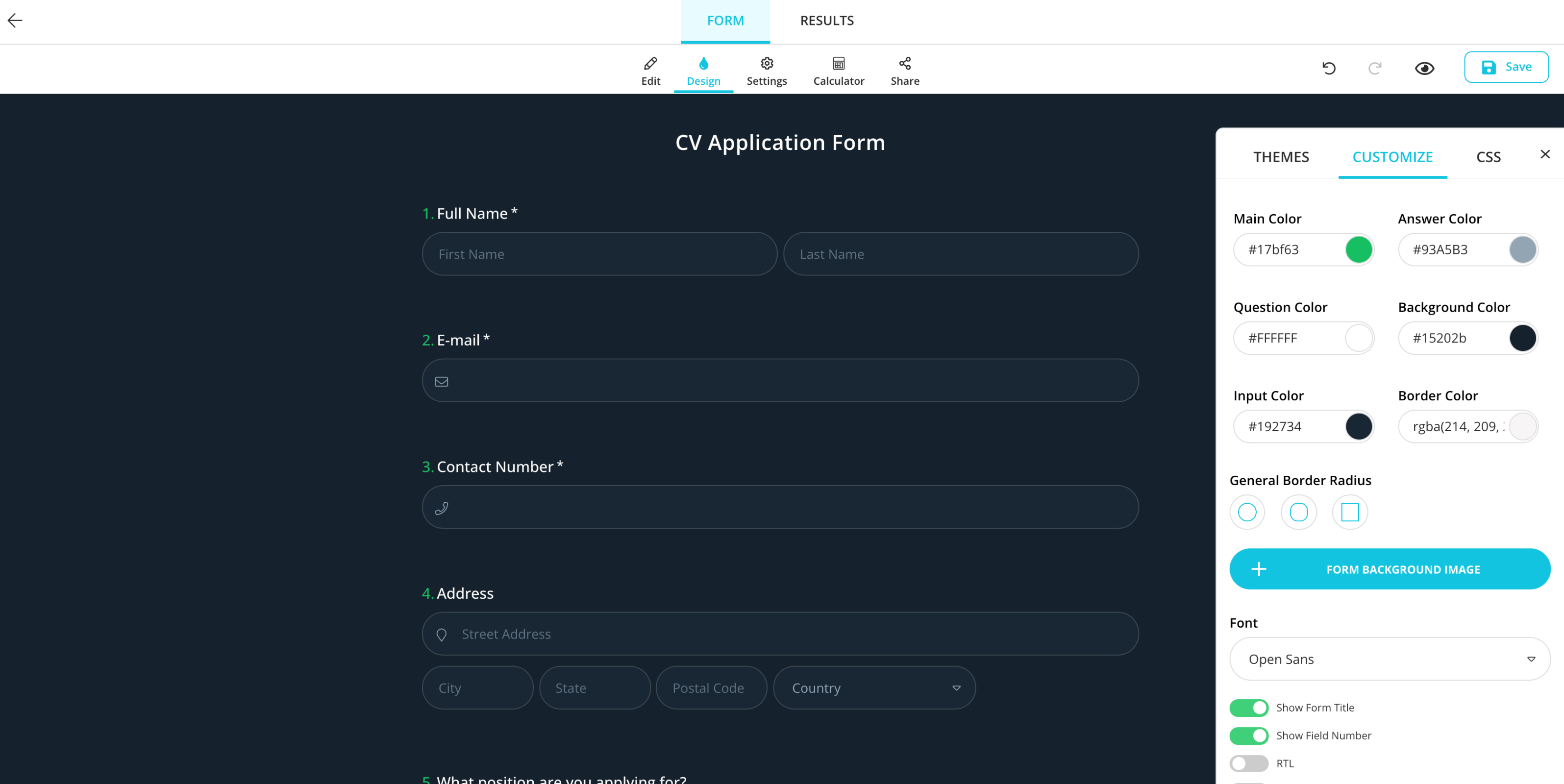 forms.app provides more advanced customization tools. It is possible to change background color, question color, answer color and main color. You can add a background image. forms.app gives you three options for input border radius. Besides the themes you can use even custom css. You can even choose not to show the form title or question numbers. 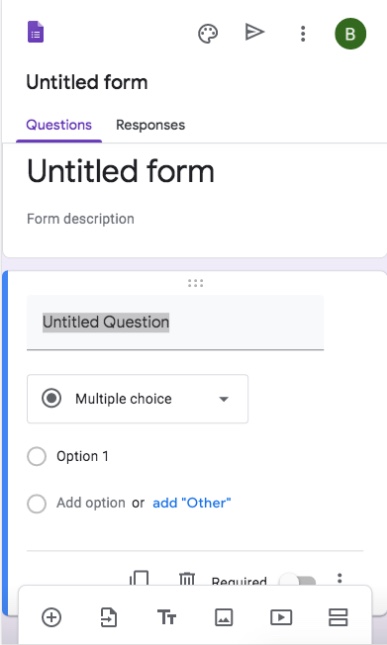 You can create forms on your mobile phone browser. Google Forms does not have a mobile application. 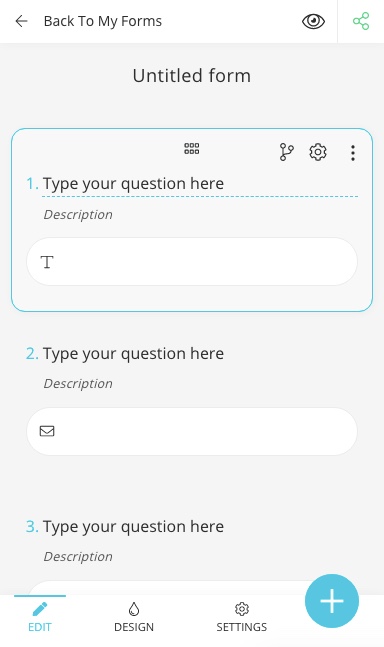 forms.app has mobile applications on Google Play and App Store. As it is developed with mobile first approach, you can also use forms.app on the browser of your mobile phone. 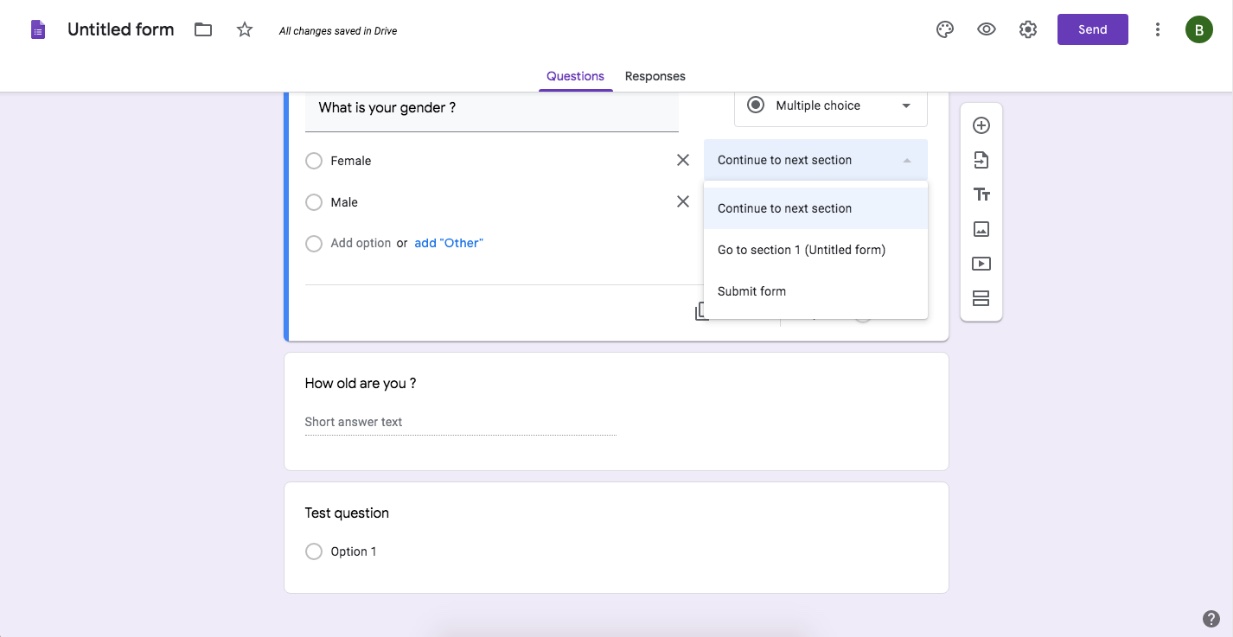 Google Forms simply lets you jump to another section according to the answer given to a particular question. 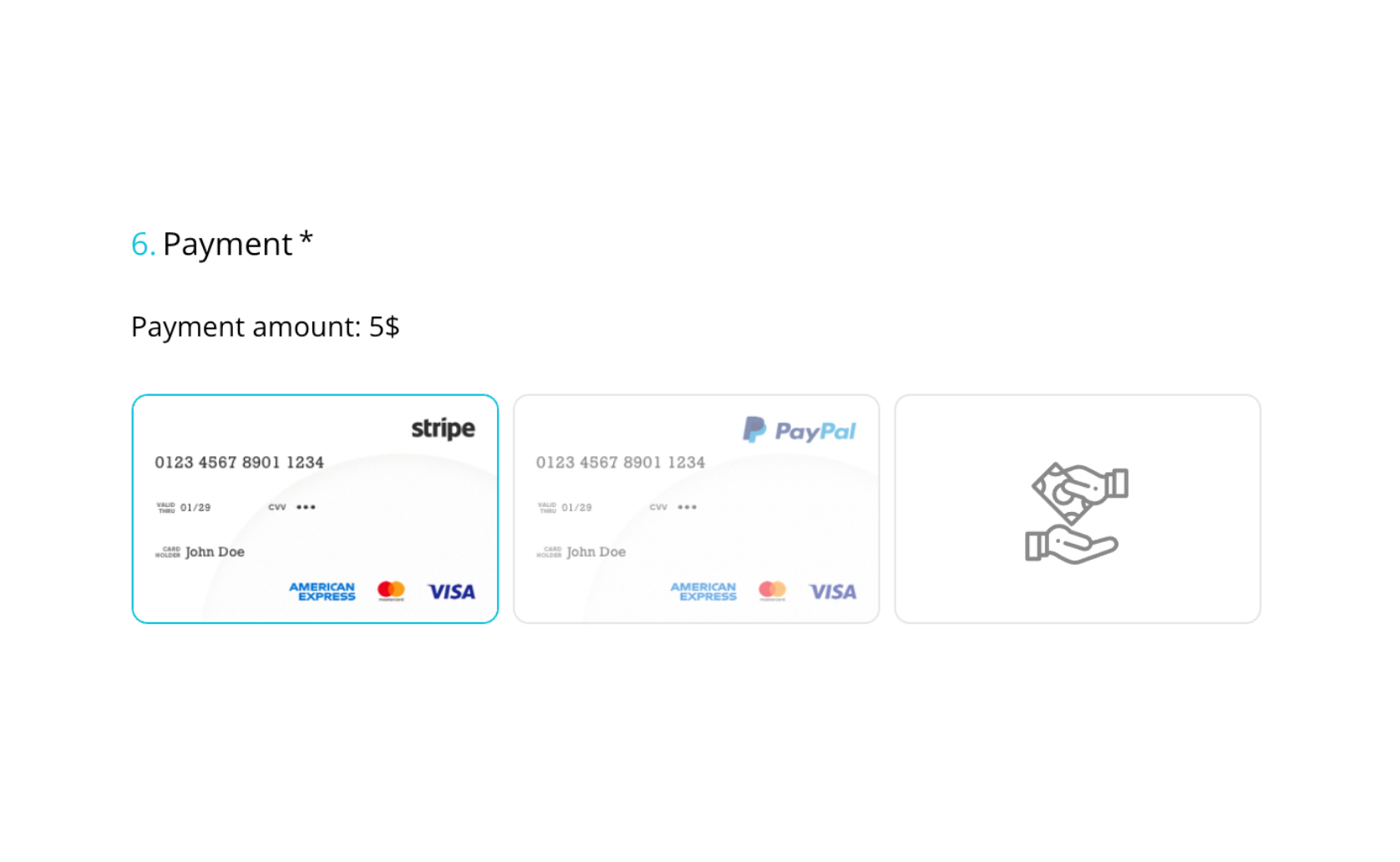 forms.app lets you show / hide some questions according to the answer given to a question, too. It is very easy to set conditions thanks to its intuitive user interface. 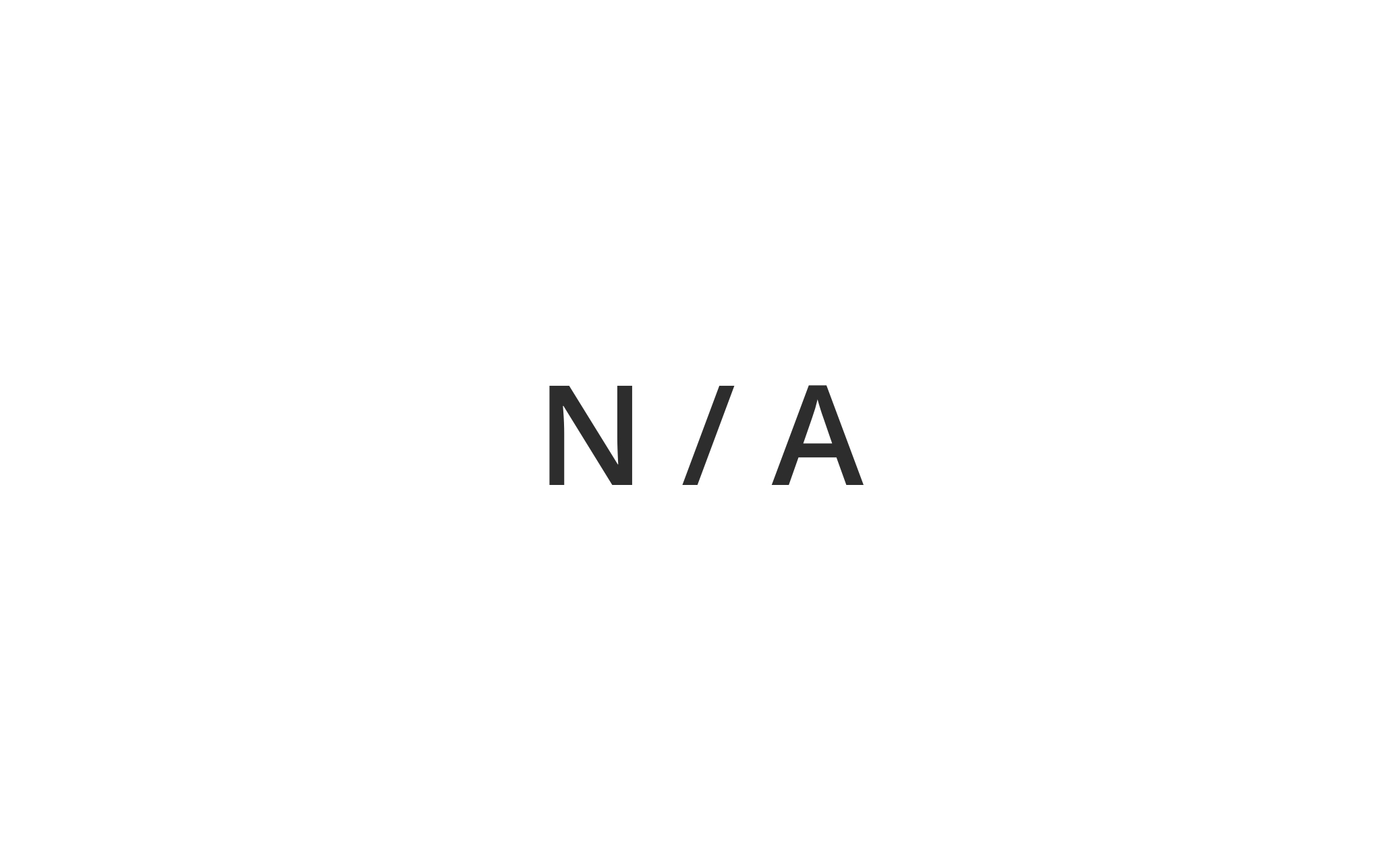 The Product Basket field of forms.app is so intuitive that you can list your products or services on your sales order form easily. It is also possible to categorize them. You can put pictures, prices and options such as color, size, etc. in a few minutes. You can even manage stocks in a very simple way.

Payment Collection feature together with Product Basket feature of forms.app let you sell online without a website. 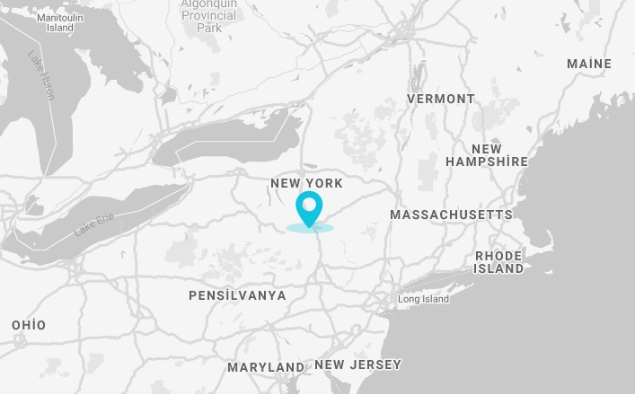 You can use the Geolocation Restriction feature if you want your form to be filled in by people in a certain area.

For example, if it is a survey about public transportation in your city you would not want people in other cities to fill in this form. Just go to Settings / Location Settings and restrict the form to be filled in only 20 km around the city center. 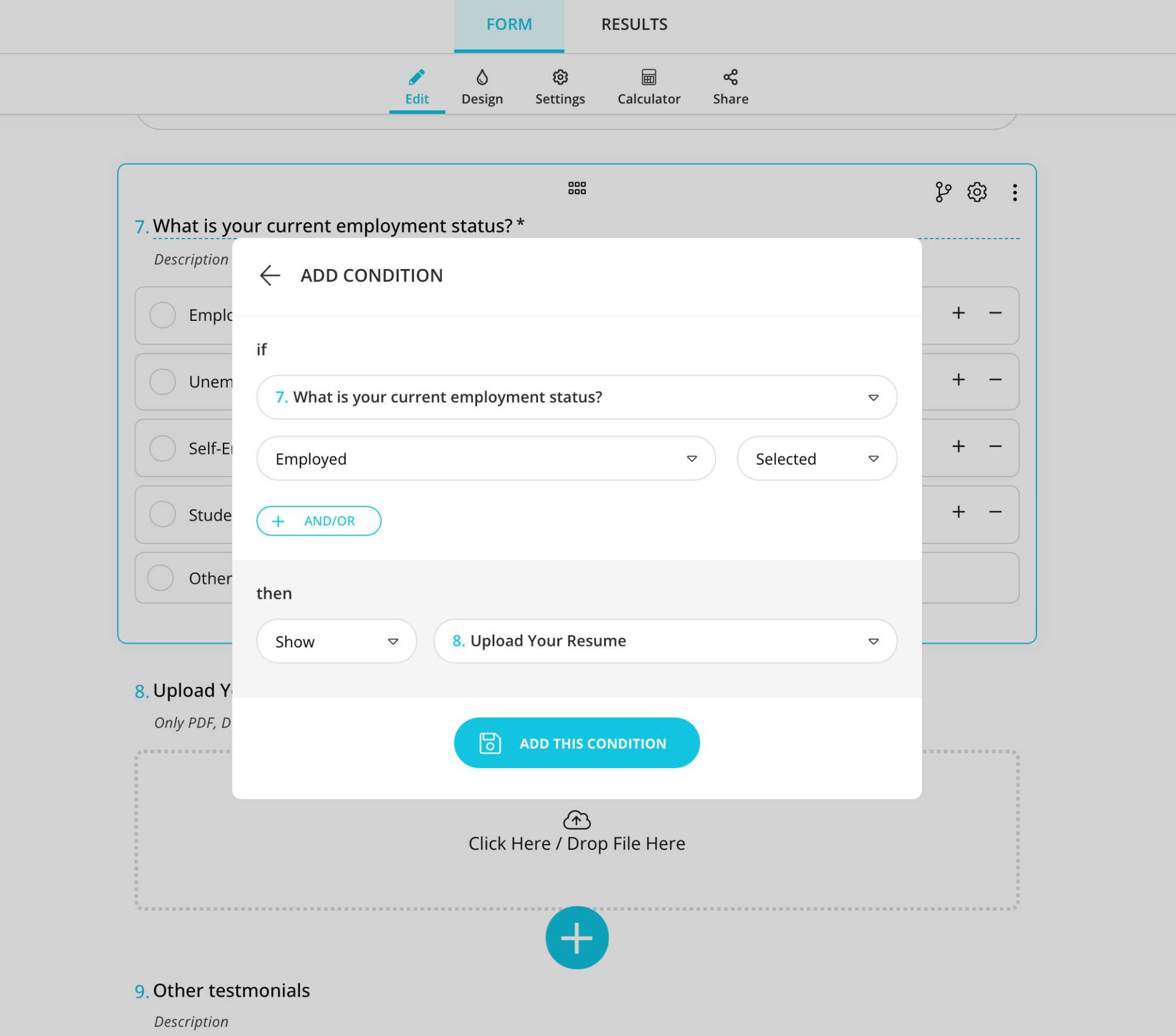 You can use forms.app for collecting payments such as donations, fees etc. The amount can be set by you or the person who fills in the forms. Payment Collection feature of forms.app makes it a good alternative to Patreon.

forms.app offers much better support service for its users. On the contrary of Google Forms, forms.app offers live chat support which means that problems and requests of the users are responded to within minutes during European working hours.

When the users try to contact via live support during times when out of working hours, the system automatically tells the users that they will be contacted tomorrow within working hours on both forms.app and via e-mail registered to forms.app. Your messages are usually responded to within 8 hours. forms.app also offers an automated search engine for the users where they can find the answer to their questions all by themselves.