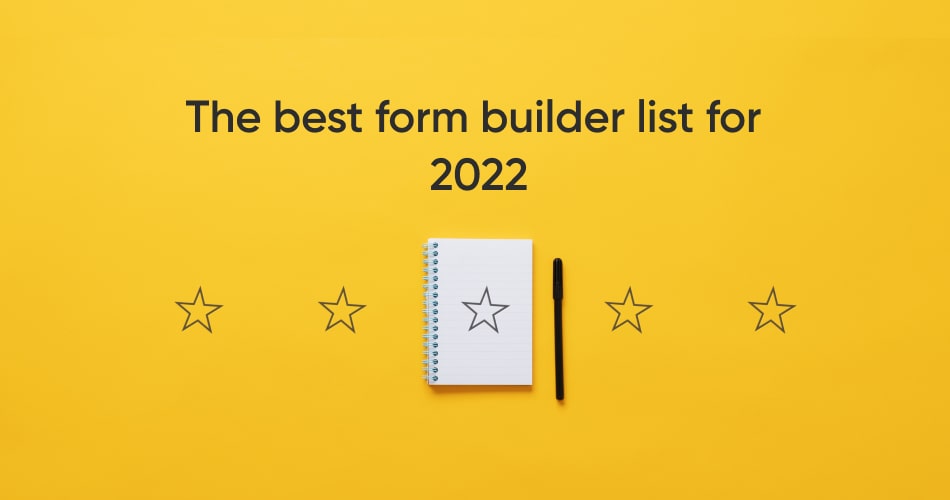 Form builder applications are evolving every day with new features, and which one to use is a topical question. Basic contact forms for boosting your productivity or registration forms for more complex work processes? There are many types of forms and many online form builder software to collect form submissions.

What should be in a perfect free form builder?

An online form builder should allow you to create forms easily with a drag and drop form builder user interface. From marketing forms to customer satisfaction forms, you should be able to create both eye-pleasing and functional forms. Some of the most important features that should be included in a perfect web form builder are:

Let’s take a look at some of the best online form builder tools that are widely used to create custom forms without any coding knowledge:

forms.app is a free online form builder that lets you create both eye-pleasing and functional online forms, surveys, and quizzes. On forms.app, you can get started with one of many form templates, edit your form for your needs, design your form in a way your respondents will appreciate, and start collecting responses!

Compared to the other form builders, forms.app offers the best pricing and the best free plan. All its features are available on a Free plan and paid plans start from as low as 9 USD.

Google Forms is a friendly solution when it comes to building short forms. It offers a lot of editing and customization options, using which people can create their forms for free. Despite not presenting many templates, some basic templates can be found.

Google Forms is a free application, which is why it’s being preferred by most people searching for a form builder.

Cognito Forms is one of the best website form builders to create simple but effective forms. With various design options, you can edit your forms and make a good fit for your style. Conditional logic and payment integrations are also the other advantages.

Cognito Forms’ paid plans start from monthly 15 USD and go up to 99 USD. It’s a better alternative to the other expensive form builders, but the pricing is slightly more costly than the others.

Ninja Forms is a WordPress form builder plugin designed specifically for creating forms for your WordPress sites. With both basic and advanced features, you can create any form quickly.

Ninja Forms has relatively expensive pricing that starts from a monthly 49.50 USD and goes as high as 249.50 USD.

Just like Ninja Forms, Gravity Forms is an online form builder for WordPress that lets you create online forms specifically for your WordPress website and do many other things like collecting payments, integrating with third-party applications, etc.

Gravity Forms’ paid plans start from monthly 59 USD and go as high as 249 USD. It’s one of the most expensive form builders that you can use.

Forms.io's paid plans starts from monthly 14.99 USD and requires you to contact for hosted plans.

Typeform is a form builder platform to create eye-pleasing forms and surveys. It presents a lot of handy features for designing good-looking forms. With many question types and third-party integrations, it’s a good solution for online forms if you have an enormous budget for a form builder application.

Even though being a good solution for online forms, Typeform is considerably expensive compared to the other form builder tools. Its lowest monthly plan starts from 25 USD and goes as high as 99 USD.

123 Form Builder is one of the best free form builders for creating both simple and complex online forms. Reminding of an HTML form builder, its drag and drop interface is pretty much helpful in building forms quickly.

Its pricing starts from monthly 19.99 USD and goes as high as 199.99 USD. Compared to the others and considering the features you have access to, 123 is relatively more affordable.

The list above is our top picks for online form builders. All of them are suitable for different purposes. Some enable you to create good-looking forms, while others let you create more complex and functional forms.

The one that stands out is, without a doubt - forms.app! Create an account on forms.app here and give a try to the best online form creator! 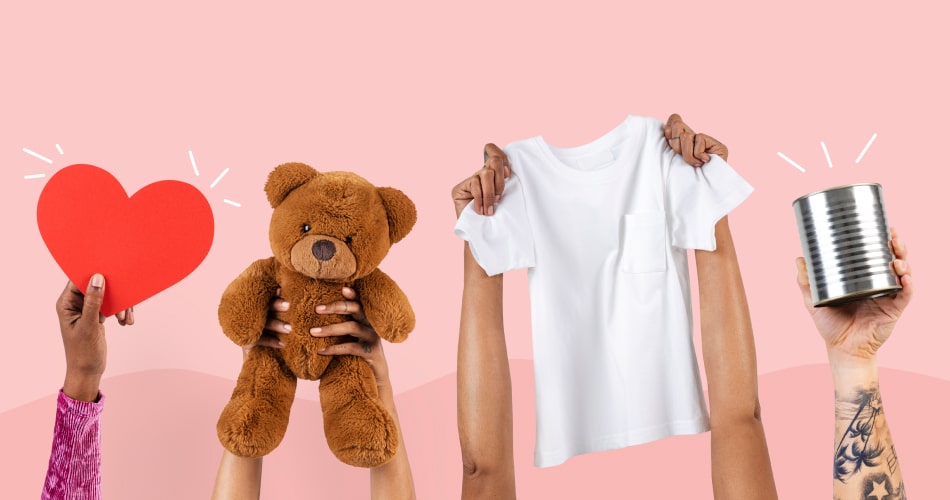 How forms can make your nonprofit organization more effective