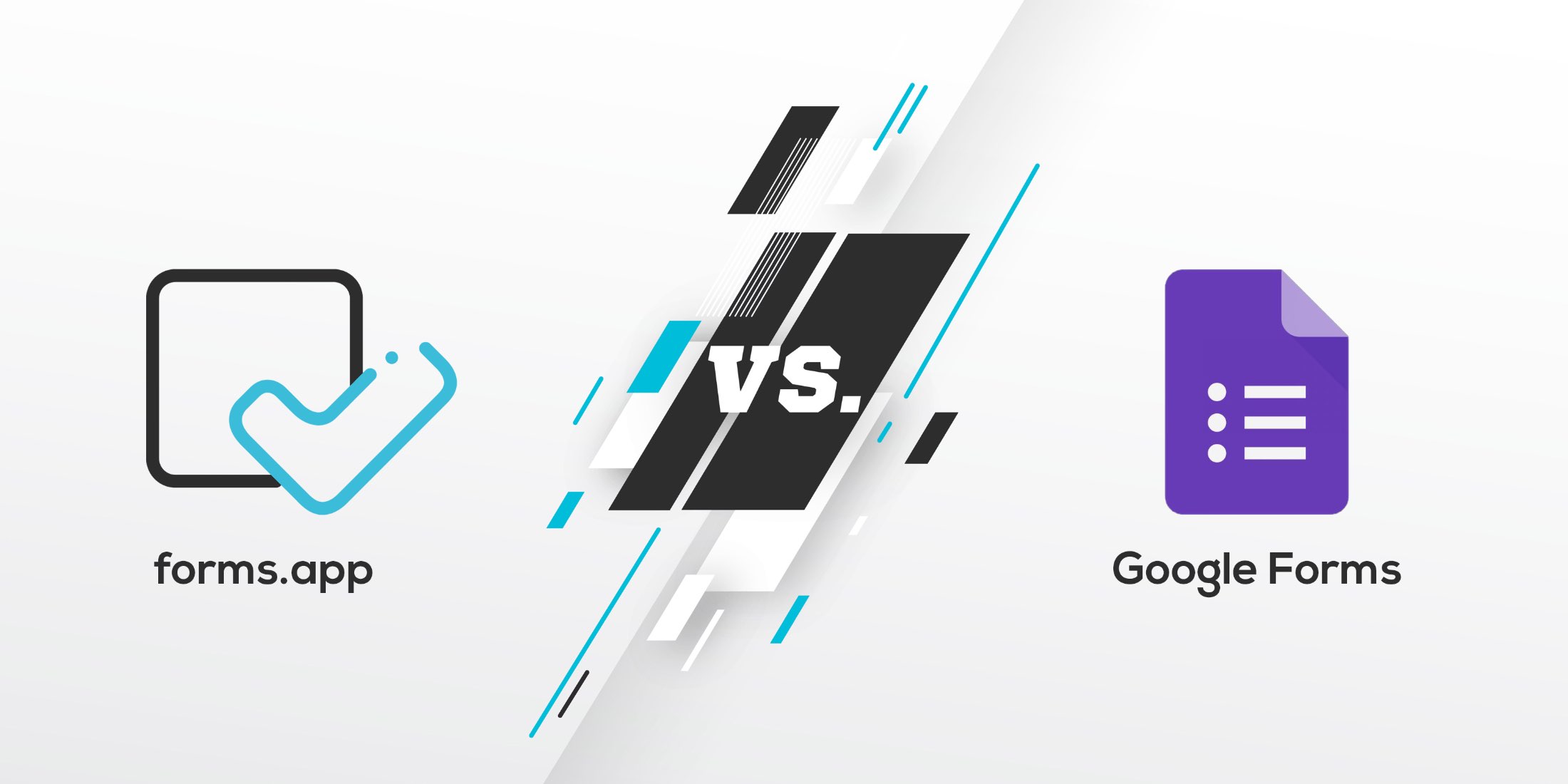 Specialization is the best way to present ideas and to prove himself as focusing one area requires repetitive actions taken in a specific field. Because of that, if a company or person chooses several fields to focus, it is most probable that he will not be successful enough to improve himself in a field, leading to becoming just an ordinary person. Having this in mind, we will discuss why forms.app is way better than Google Forms, when it comes to website forms, which are pretty useful tools by the way if you are in need of preparing forms including survey tools, contact forms, registration forms and many more.

Why choose forms.app over Google Forms?

forms.app is a highly sophisticated web form preparation tool allowing you to create many types of forms for free. It is easy to use and offers many possibilities. On the other hand, you also have a chance to improve your experience in terms of using forms by choosing higher-level packages allowing you to create more forms, to have more file spaces, form answers and report view. Also, you can close branding in the paid packages which are presented for very affordable prices.

The advantages of forms.app over Google Forms are not limited to these. Using forms.app you will also get unlimited notifications in cases like forms are filled out. Also, you will be able to get such notifications in 20 different email address if you prefer to have this way in cases you work with a team or with just storing purposes. On the other hand, you can fully customize your forms in the Design section which is also another cool thing forms.app offers. One another issue is that Google Forms offers you less amount of question options while forms.app can offer twice of them.

There is also another benefit comes with forms.app. Integrating your forms with several applications and codes is a very nice idea if you need something like that. Since Google Forms cannot offer this opportunity, forms.app allows you to do so. For instance, you add Google Analytics and Facebook Pixel codes to your form and using Zapier you can integrate many applications including Google Sheets into it.

On the other hand, with customer support forms.app offers you can also send an e-mail whenever you want and get the result you desire as soon as possible as forms.app aims at having customer satisfaction with its sophisticated forms tools offered. There is also another important point that why forms.app is better. If you decided to use Google Forms you should acknowledge that you will have fewer question types compared to forms.app. In addition you will not have a custom welcome and thank you pages which is an important thing if you want to attract more customers with warm greetings. On the other hand, if you choose to go with forms.app you will have the opportunity to get online payments which makes everything easier if you are selling products or services using web forms.

As a conclusion, we can say that forms.app provides a way better opportunities than Google forms as it is specialized in web tools and this is their only business. With aforesaid opportunities, it would be wise for you to choose forms.app for all types of web forms including survey tools, contact forms, registration forms, sales forms, feedback forms and many more.